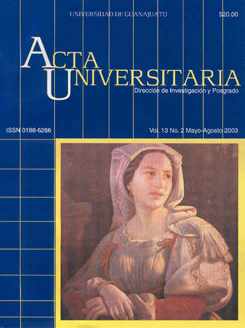 This study was conducted at the Experimental Agricultural Field of the Institute of Agricultural Sciences of the University of Guanajuato, in Irapuato, Gto., Mexico; the study was started on September 1998 and was ended on December of the same year. The variety used was Alpha. The treatments evaluated were the application of herbicides oxadiazon, metribuzin and diuron, to weeded and unweeded plots for a complete cycle. A randomized block design was used with four replicates. The variables examined were: a) response of each weed species to the effect of herbicides and, b) damage to the potato leaves affected by herbicides. It was found that none of the evaluated herbicides caused phytointoxication to potato plants. Regarding the weed control the best treatments were the unweeded whole cycle, the oxadiazon at dosages of 3, 4 and 5 l ha-1 and metribuzin at a dosage of 1.0 kg ha-1.