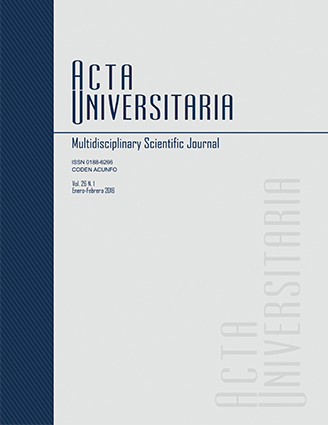 Citral is an aldehyde a,ß-unsaturated, susceptible to hydrogenation reactions, with the formation of geraniol, nerol and citronellol, compounds with special interest in the fine chemical. Industrially, citral is hydrogenated using noble metal catalysts supported on TiO2. The interest in using biocatalysts to carry out this reaction, for its efficiency and selectivity, has increased recently. Biocatalysts immobilization in alginate enhances their chemical and thermal stability against chemical and thermal denaturing. Hydrogenation of citral was carried out in liquid medium using immobilized xylanase (650 mIU/mL). Under controlled conditions of temperature and stirring speed. The reduction of citral obtained was higher than 99.9% at a pH of 5.88; achieving as products: nerol, geraniol and citronellal. The concentration of H2O2 had no significant influence on the enzyme activity, on the contrary the pH, inversely influenced. Maximum speed of immobilized xylanase reaction, was obtained at pH 5.88, the stability of the alginate matrix is significantly reduced by increasing the pH.