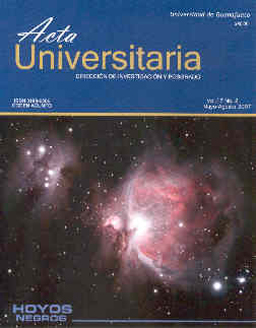 Introduction: The annual incidence of scorpion stings in the State of Guanajuato, Mexico, during 2000-2005 period was more than an average 24,000 cases per year, with a mortality rate of 3 people every year; it affects a population nucleus both in the rural and urban areas. After many years of having detected the problem, the basic epidemiologic aspects ofthis problem in the State of Guanajuato are still unknown. Material and methods: From the data gathered by the Unified System of Epidemiologic Vigilance of the Guanajuato State Health Ministry, a descriptive, retrospective and observational, study was carried out during the 2000-2005 period, from which the incidence rate per municipality and an epidemiologic map were obtained. Results: During the years 2000-2005 a total of 149,068 cases were reported with an average rate of 500.9 per 100,000 inhabitants; the 15 to 44 year-old group was the most affected; the months with the highest incidence were from April to June. The 15 municipalities with the highest incidence rates (500.9 – 1991.6) during this period were located in the southeast, and the low incidence zones (1.4) in the northeast ofthe state. Conclusions: The municipalities with the highest incidence rates require greater efforts and actions to diminish the morbidity in these areas, with a primary attention program directed to solve this serious public health problem.
https://doi.org/10.15174/au.2007.171
PDF (Español (España))