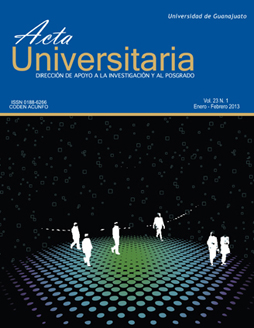 Objective. The objective of this work was to measure the existing association between preg­nancy-induced hypertension and birthweight at the Celaya General Hospital. Study design. Cross-sectional, observational, analytic study. Subjects: Registries of women admitted to the Celaya General Hospital for delivery during 2008. Variables: Pregnancy-induced hypertension (blood pressure of 140/90 mmHg or higher after 20 weeks of gestation), sub-classified as gestational hypertension (blood pressure of 140/90 mmHg or higher without proteinuria) and toxemia (blood pressure of 140/90 mmHg or higher with proteinuria); birthweight (< 2 500 g, 2 500 g – 3 499 g, > 3 500 g). Statistical analysis: it was calculated the Analysis of Variance (ANOVA) test was performed between the status of arterial hypertension and birthweight, and was adjusted using gestational age. Results. From the sample of 5 478 registries, 14.73% (n = 807) of women had pregnancy-induced hypertension; from them, 10.92% (n = 598) had gestational hypertension and 3.82% (n = 209) preclampsia/eclampsia. Newborns from hypertensive mothers had an average birthweight of 3 049.27 ± 600.22 g, while the birth­weight of newborns from normotensive mothers was 3 104.94 ± 502.57 g, considering: ANOVA F = 1.49, p = 0.00001: adjusted by gestational age, F = 1.51, p = 0.0168. Conclu­sion. Newborns of normotensive and gestational hypertensive mothers showed differences in birthweight; gestational age acted as a confounder.