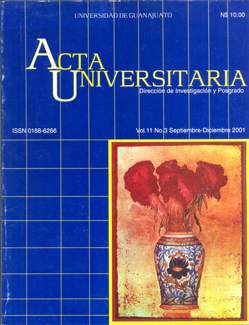 During the 1988 summer-fall growing cycle in the Mexican region of Leon, Guanajuato the fungicide 2-(Thiocyanomethylthio) benzothiazole (TCMTB) was evaluated applying it at the rate of 6, 8 and 10 liters per hectare for the control of soil borne Black Scurf R. solani. A randomized block design with four reps was used. An evaluation was made of the following: emerged stems, phytotoxical damage, percentage of damaged shoots and stems by R. solani, yield and tuber quality; finally, percentage of R. solani damaged tuber and percentage of tubers with over 5% of damage inflicted by R. solani. It was found that no phytotoxic effect of fungicide to the potato crop was observed; that any of the fungicides comprising treatments protected the plant shoots; that no statistic differences were found among treatments pertaining tuber yield; finally the rates 8.0 and 10.0 l/ha of TCMTB and 5.0 kg/ha of pencycuron produced 27, 20 y 25 percentage of tubers with over 5% of damage inflicted by R. solani, propitiated the highest potato quality when reducing R. solani damage to tubers.