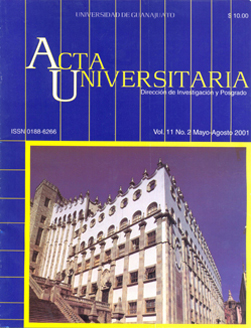 Tequila is one of the most famous drinks on a national and worldwide level. It is obtained from the Agave tequilana Weber plant, better known as Agave Azul. The part of the plant used for making tequila is the core. Once the cores are cut, they are taken away to an oven where a cooking operation is made, this with the object of degrading the complex sugars of the core into simple sugars that can be used as yeasts in the fermentation process. The principal complex carbohydrate present in agave is inulin, which is a polymeric fructose with a terminal glucose residue. When the inulin is degraded by action of the juice´s acidity and the heat of cooking, fructose and glucose are obtained. Next, the cores are milled to extract the juice which is placed in vats and inoculated with a yeast culture of Saccharomyces cerevisiae, responsible for the fermentation of the sugars present in the juice. After fermentation, the juice is distilled to obtain ethanol and vinazes (a mixture of dead yeasts, nonfermentable sugars, and minerals). Tequila can be bottled immediately after distillation or it can be aged in the wooden casks wich confer characteristic flavor and color to tequila.